We planted a lot of saplings densely in a small area. This is the Miyawaki method where a variety of native species are grown in close proximity to one another. The plants promote the growth of one another, as a result the forest grows faster. More on the method here. 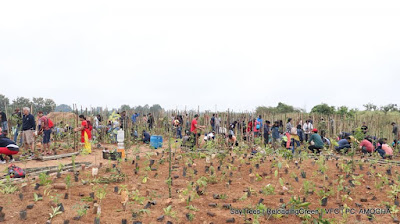 We were a team of close to 200 volunteers, who had heard about this project from various groups and NGOs. Everyone came together at the Indian Railway Institute of Disaster Management to lend a hand and work towards a better climate and a greener city. 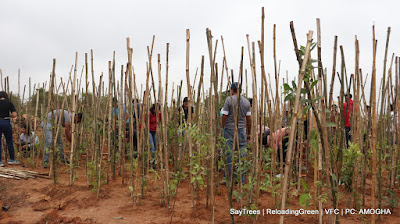 The organizers had scientifically selected the saplings and placed them out on the plots at the exact location where they had to be planted. The volunteers worked the soil and transplanted each sapling at the marked locations. Next, the plots were watered and mulched with hay for the ground to retain the moisture. 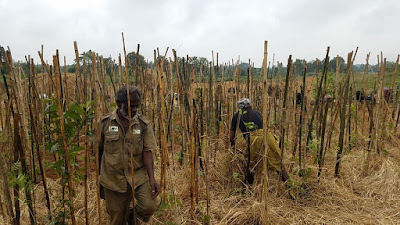 It was a beautiful day and people showed up in large numbers. Was great to see the energy of all volunteers - young, old and everyone in between, families, students, working professionals and retirees alike. 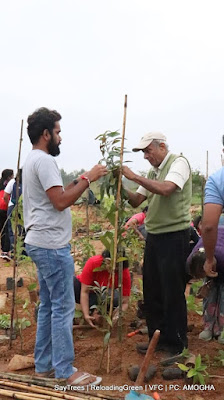 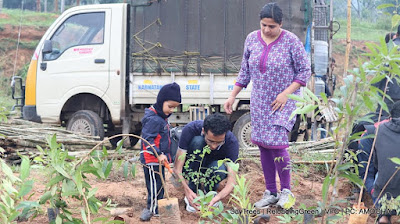 Have seen lots of videos and pictures of people talking about the Miyawaki forests. Out here I got to see first hand one that had been planted in December. Gazing at those mini forests gave us ample motivation as we planted more samplings beside them. 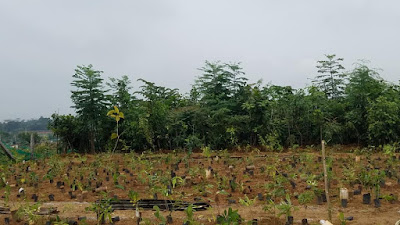 Hope to visit again in a few months and see the results of our combined efforts. 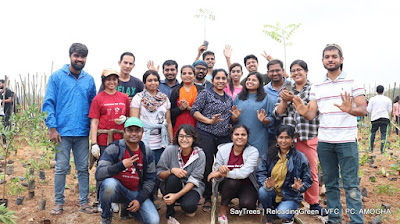